This is not surprising. Various factors and variables leading to the development of a country are also leading to a decline in birth statistics. In the US, women who have a higher educational background are more likely to put off pregnancy and motherhood until their 30s or 40s. In 2017, US women’s fertility rate dropped to 1.76. This is a far cry from the fertility rate of 2.1, which most scientists believe to be the optimum number to replace aging members of a country’s workforce.

A lower birth rate can have a huge impact on a country. Apart from a decline in population, countries with low birth rates often suffer from economic crises brought about by a shortage of labor. Japan for one, has been struggling to increase their birth rate. In 2018, Japan has experienced more deaths (1.37 million) than witnessed births (921,000).

An aging population can put a significant strain on a country’s resources. Older populations require more health and welfare services, which can result in a need to increase taxes to accommodate a geriatric society.

With such concerning statistics, many governments are calling for their citizens to have more children. From opening more childcare centers and broadcasting public service announcements urging couples to have more children, countries with aging populations are also providing support for scientific studies and inventions that can help address the decline in fertility and birth rates.

Advancements in biotechnology have allowed women who are unable to reproduce to have children of their own. IVF, or in vitro fertilization, procedures are constantly being updated to improve the success rate. Micromanipulation techniques for both the male and female gamete have led to higher success rates of IVF procedures.

The decrease in fertility rates has also led to a growing demand for assisted reproduction techniques. The stigma against fertility clinics has reduced in the last 10 years. Many couples are now comfortable seeking help from institutions like ConceiveAbilities to help them have children through surrogacy or cell donors.

While assisted reproduction techniques like surrogacy and finding donors for egg or sperm cells are commonplace and generally acceptable, there are still technological breakthroughs in the field of reproductive science that the general population feels tepid towards.

Genetic engineering, which is the concept of tweaking certain genes relating to fertility, raises some concerns. Lawmakers and the general population are often more attuned to the risks that genetic engineering poses. Some fear that genetic manipulation can lead to what some are calling ‘designer babies’. Designer babies are embryos that have been genetically manipulated to produce the desired traits that parents or scientists want the embryo to have.

Designer babies are in essence thought to be a form of eugenics. Surveys done on the subject matter have confirmed that most people think it to be a way of interfering with nature or playing God. 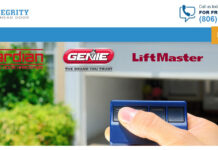 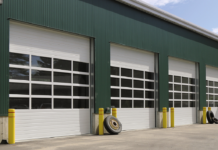 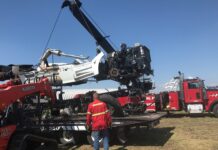 Is David Cameron’s new haircut an apology for his breezy Brexit...

5 Classic Comfort Food To Serve In Your Restaurant

How to wear: burgundy with blue

Time for politicians to make ‘stark choices’ over climate change